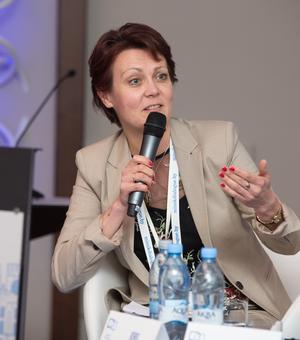 Elena Korosteleva is a Visiting Professor at REES/OSGA, University of Oxford, and a COI of the Oxford Belarus Observatory (OBO) project, led by Professor Christopher Gerry. She is currently Professor of Global Sustainable Development, and Jean Monnet Chair of European Politics at the University of Warwick. Before joining IGSD in 2022, she was Professor of International Politics and Director of the Global Europe Centre (Professional Studies) at the University of Kent for ten years. Professor Korosteleva was the Principal Investigator for the GCRF UKRI COMPASS project (ES/P010849/1, 2017-21, £4mln), which concluded in March 2022. The project was HIGHLY COMMENDED by the Times Higher Education in 2021, under the category of the Best International Collaboration of the Year. In September 2022, Elena commenced her new €3,007,895 Horizon Europe project (SHAPEDEM_EU), which she co-developed with her European colleagues, under the leadership of Professor Andrea Gawrich at JLU Giessen University, Germany, and for which she will act as Co-Investigator to redefine the theory and practice of democracy in the developing countries of the EU’s neighbourhoods. Elena’s research presently focuses on the concepts of adaptive governance; resilience; democracy promotion and sustainability. Most recent monographs include Resilience in EU and International Institutions (November 2020); The Politics and The Political of the Eastern Partnership Initiative: re-shaping the agenda (2018); The European Union and its Eastern Neighbours: towards a more ambitious partnership? (2014; 2012); and EU Policies in the Eastern Neighbourhood: the practices perspective (2014), all published with Routledge. Elena is a regular contributor to Channel Four News, BBC World, France24, and other world media; she works closely with the FCDO and EU institutions advising on Belarus and other countries.